We are proud to be the world’s largest and most experienced flower delivery network. 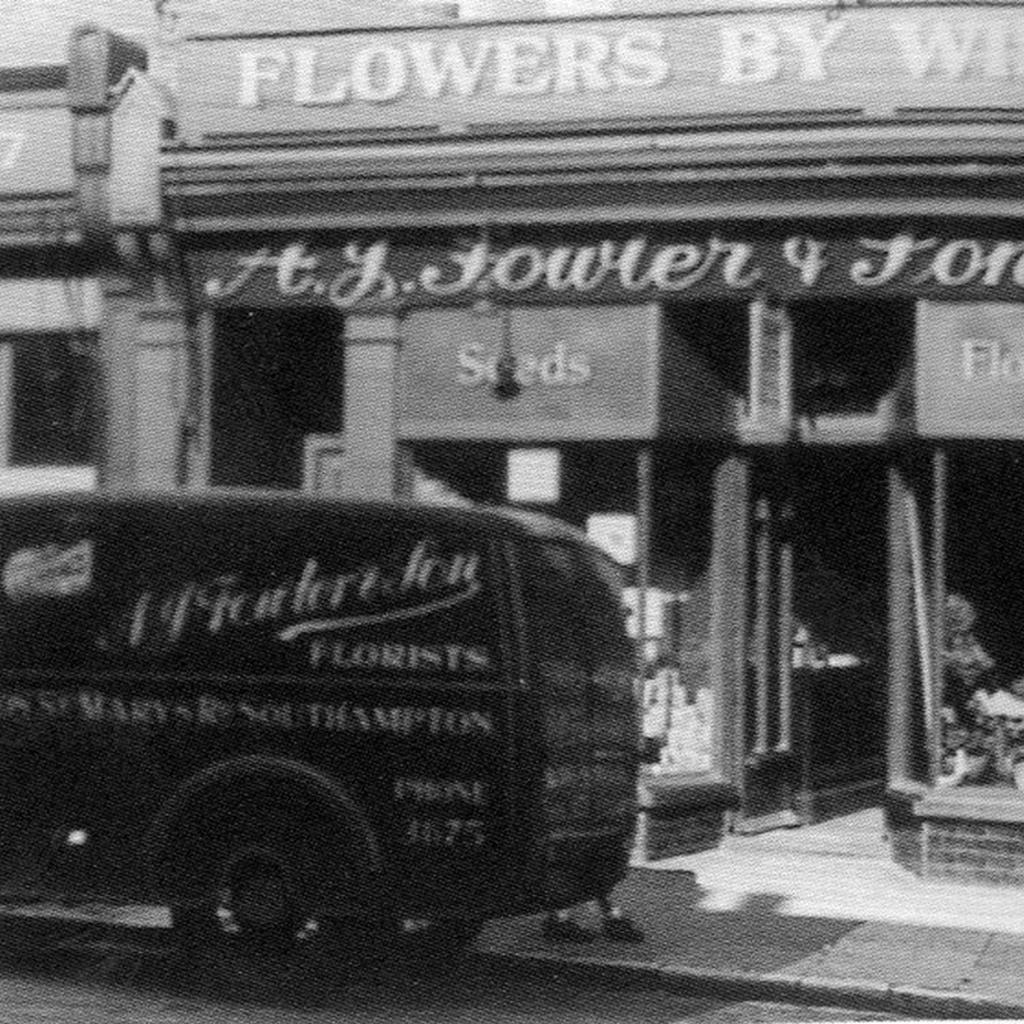 Every day, every one of our florists uses their creative skills and personal touch to create the most beautiful floral gifts.

The seeds of our success story were sown in America in 1910 when a couple of enterprising florists had the idea of telegraphing orders to each other from opposite sides of the country.

They hoped that by doing so they would no longer have to rely on trains to send flowers to far-away recipients.

Back then, lengthy transit times made sending flowers to friends and relatives in distant states almost impossible. The flowers simply could not survive the long journey. Flowers delivered by horse and carriage Soon, independent florists all over America were telegraphing and telephoning orders to each other using the Interflora service. They found that by coming together they were able to make the seemingly impossible, possible.

For the first time, beautiful bouquets could be made and personally hand-delivered anywhere in the country within a day. The idea revolutionised the way flowers could be sent, meaning that customers could now mark special occasions from afar.

Not surprisingly, it wasn't long before florists outside of the US wanted to get in on the action. In the UK, a nursery owner from Essex and a florist in Glasgow were the first to bring the concept to the other side of the Atlantic and on 30th May 1923 Interflora British Unit was born.
One of our first florist shops founded in 1912 Within a couple of years, we were delivering beautiful floral gifts across the full length and breadth of the UK and even exhibiting at the prestigious RHS Chelsea Flower Show. Our very first exhibit was visited by the King and Queen and included a number of beautiful floral arrangements, as well as a painting on canvas of our newest recruit - the Mercury Man. The Roman messenger god has been our world-famous emblem since 1914. Encapsulating fast delivery and excellent service, our Mercury Man emblem still gives customers those same reassurances today.

Interflora had become a byword for excellence and expertise in floristry and was really flourishing both at home and abroad. In fact, the success was such that we had to introduce our very own currency - the Fleurin - to simplify currency calculations when sending orders abroad.

Success did bring with it problems of a different nature. For the first time, we faced the challenge of competing with new copy-cat flower delivery services. A campaign was devised to remind customers that 'only the best florists belong' to Interflora. We knew that to hold our position as market leaders, we’d have to go that extra mile for our customers.

The eighties and nineties

Throughout the eighties and nineties, the iconic Interflora bus could be seen touring all over the country. We'd stop off at flower shows and country fairs to give floral demonstrations and let people see our talented florists at work. The iconic Interflora bus toured all over the country By this time ordering flowers by phone was commonplace. The introduction of the credit card had made sending flowers even easier and we had orders coming in from far and wide.

In fact in 1991, we received our first order from outer space! Britain's first astronaut, Helen Sharman sent an order for flowers to be delivered to her mother from the Mir space station. Just imagine how Helen's mum must have felt when we delivered them into her arms.

Interflora went on to sponsor all sorts of events throughout the nineties. From figure skating, to athletics, to the Commonwealth Games: the Interflora name was seen all over the world. In 1992, we even sponsored F1 racing driver Nigel Mansell, who went on to win the British Grand Prix at Silverstone. It was a proud day for British sports fans - and for us too. Figure skating was just one of the many sports we sponsored in the 90sIt was a formula for success when we teamed up with Nigel Mansell in 1992 In the build up to the millennium we launched our website www.interflora.co.uk. Just like the transition from telegraph to telephone, the move to the internet heralded a whole new way of doing things. It meant that our entire product range was always readily available, so customers could place an order wherever and whenever they wanted.

Today our UK network includes more than over 900 expert florists across the UK and Ireland - each one with their own history and unique story to tell. Every day, every one of our florists uses their creative skills and personal touch to create the most beautiful floral gifts. It's their passion for excellence that ensures ours is a success story that will continue for years to come...